She’s the daughter of one of the biggest pop stars on the planet.

But all eyes were on Madonna‘s daughter Lourdes Leon as she rode a Citibike through the streets of NYC on Saturday.

The 22-year-old set pulses racing in a form-fitting white ensemble which featured a tank top and a super-short white miniskirt. 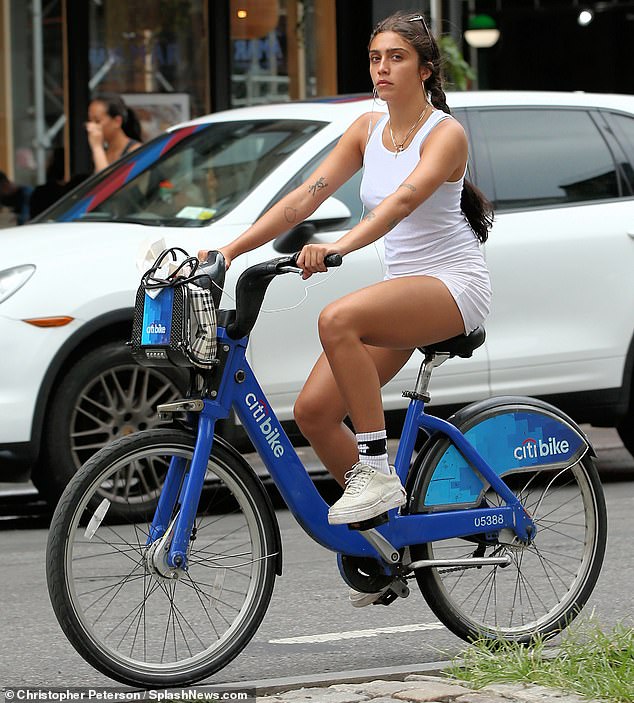 Easy rider: On Saturday, all eyes were on Madonna’s daughter Lourdes Leon as she rode a Citibank-sponsored bicycle on the streets of NYC in a form-fitting white ensemble featuring a tank top and a super-short white miniskirt

She accessorized with a pair of white sneakers and matching tube socks with a navy blue band.

Lourdes kept a plaid Burberry tote in the bicycle’s front basket as she grinned from ear-to-ear.

The sighting comes three days after RadarOnline reported that she has wedding bells on the brain for boyfriend Jonathan Puglia, whom she has been dating since 2017.

The model is ‘madly in love’ with Puglia, according to friends. 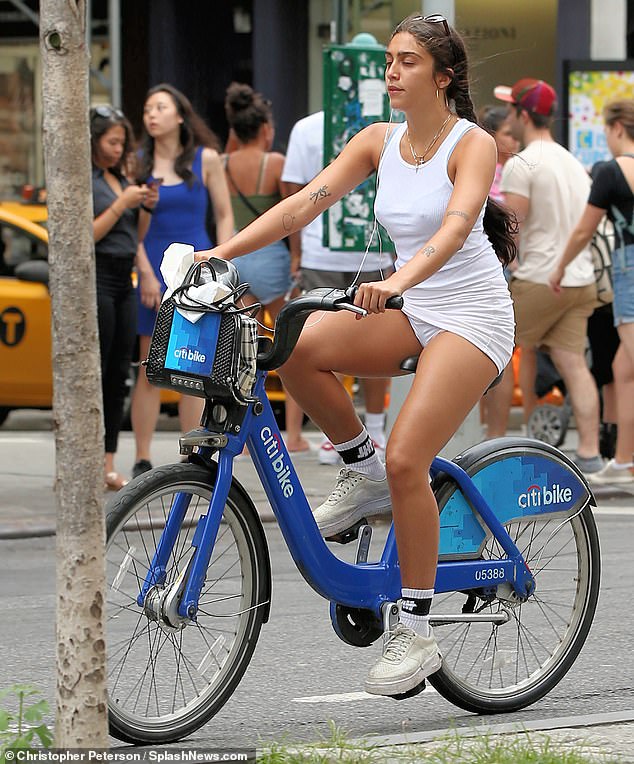 Focused: Lourdes accessorized with a pair of white sneakers and matching tube socks with a navy blue band 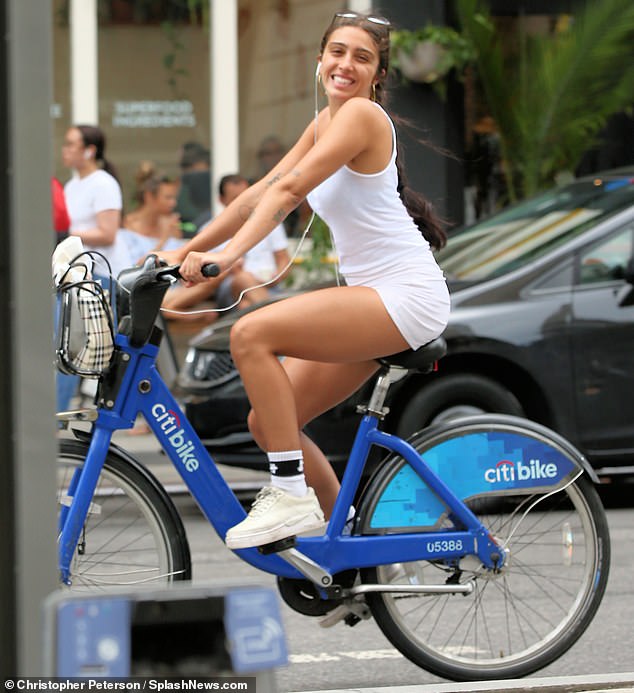 Cheese! Lourdes kept a Burberry plaid tote in the bicycle’s front basket as she grinned from ear-to-ear at the cameras

Puglia is a photographer and skateboarder from Ohio and the two have already marked the relationship milestone of a joint vacation.

Lourdes, who goes by the nickname Lola, went with Puglia to visit him family home in Ohio.

‘Lola and Jonathan are very much in love. Everyone thinks they’re perfect for each other, despite their very different backgrounds,’ a source told RadarOnline. 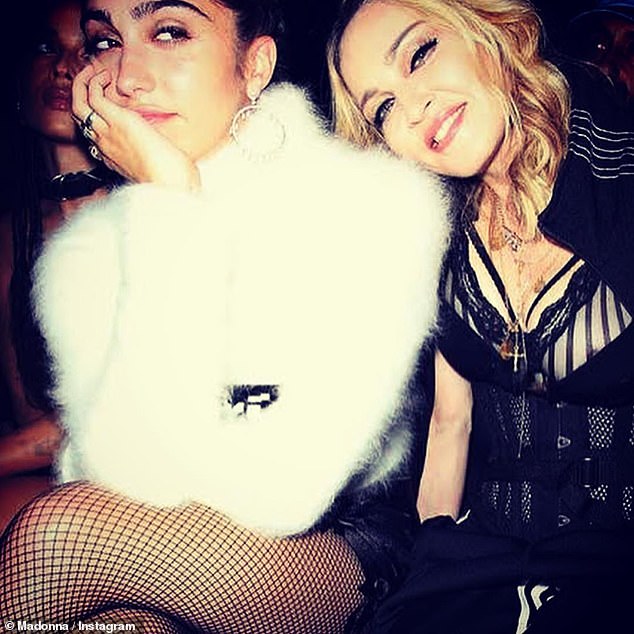 Love: Lourdes is daughter to pop superstar Madonna. Here they are in an Instagram photo Madonna posted recently

According to the outlet, Madonna have given the pairing a thumbs up.

‘Madonna approves, but the families have little in common and it’s not likely they’ll mix much!’ the source said.