She Is the Luckiest Star Thanks to Her 6 Kids! A Handy Guide to Madonna’s Children

Coney Chung, July 11, 2019
1.76K 0
Home News She Is the Luckiest Star Thanks to Her 6 Kids! A Handy Guide to Madonna’s Children
0
SHARES
ShareTweet

“I think they wish I wasn’t Madonna,” the iconic pop star revealed on a June 2019 episode of The Graham Norton Show. “I think it would be less challenging, in their minds, if they didn’t have me as their mother.”

All that said, Madonna always had her sights set on becoming a mom in addition to building a successful career. In a 1989 interview with Rolling Stone, a full 30 years ago, she discussed what kind of mother she imagined she would be, noting that it was “definitely up high” on her to-do list.

Perhaps Madonna felt the calling way because her own mother, whose name she decided to adopt as her stage persona, died of breast cancer when she was just 6. “If [my mom] were alive, I would be someone else,” the seven-time Grammy winner said in the same interview. “I would be a completely different person.”

Scroll down to learn about each and every one of Madonna’s adorable kiddos!

Madonna gave birth to her first child — daughter Lourdes Leon — on October 14, 1996, with then-partner Carlos Leon, a fitness trainer and actor. Even though she became a mom this year, it was also a big year career-wise for the “You Must Love Me” singer also had Evita come out too. In fact, Madonna found out she was pregnant during production on her a Golden Globe-winning role.

Lourdes — who once dated Call Me By Your Name star Timothée Chalamet when they were in high school together — began modeling in her mom’s Material Girl line for Macy’s when she was a teen and has since gone on to walk in New York Fashion Week.

“Insanely talented,” Madonna said about Lourdes — who she affectionately calls Lola — in an interview with British Vogue Opens a New Window. . “I’m green with envy because she’s incredible at everything she does — she’s an incredible dancer, she’s a great actress, she plays the piano beautifully, she’s way better than me in the talent department.” 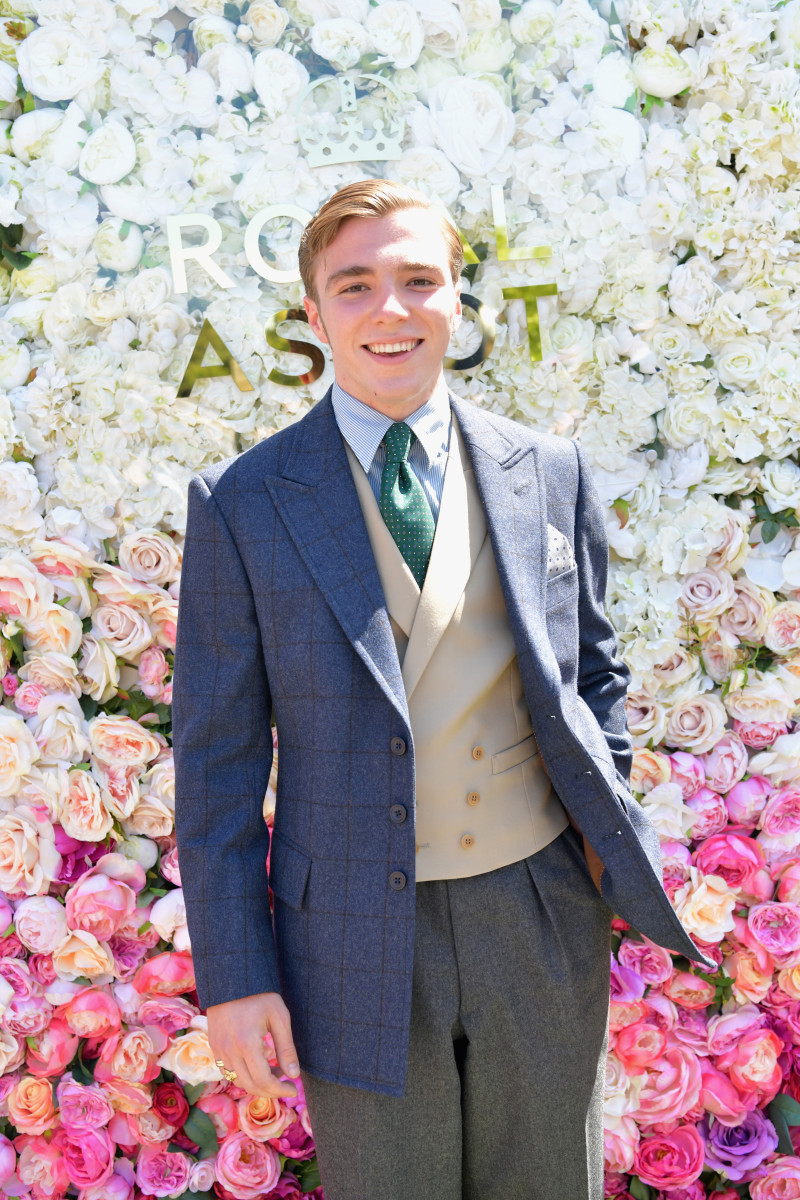 Madonna gave birth to her second child — son Rocco Ritchie — on August 11, 2000, while she dating Guy Ritchie. The “Hung Up” singer and the Snatch director — who has since had three children with wife Jacqui Ainsley — two tied the knot later that year and they stayed married until the two split and divorced in 2008. Though the two have had their fair share of ups and downs throughout the years, she has never had anything but love for her little Rocco.

“There’s no love stronger than a mother for her son, and if I talk about him too much, I’m going to cry,” she told the audience at a concert in New Zealand in March 2016, dedicating the song “La Vie en Rose” in his honor. Later that year, he was arrested for marijuana possession Opens a New Window. .

For Rocco’s milestone 18th birthday last year, Madonna celebrated in the best way possible. That, of course, meant she created a collage of the teen’s face made up entirely of photos of her face. Into Your Eyes………My Face Remains ❤️,” Madge wrote. “18 years went by in the blink of an eye! #happybirthdaymylove.”

One role Madonna definitely never thought she would play is soccer mom. That title kind of fell into her lap when son David Banda’s prospective soccer skills led to the family moving to Lisbon.

“Any woman who is a soccer mom could say it kind of requires you to have no life in a way, because things change from week to week and games change from weekend to weekend — sometimes they’re in the city, sometimes they’re not, and we would never know until Thursday night whether they’re on Saturday or Sunday, if at 12 o’clock or later,” the “Papa Don’t Preach” songstress — who adopted David in October 2006 from Home of Hope orphanage in Malawi — told Vogue Italia Opens a New Window. as their August 2018 cover star. “It’s impossible to make plans, and then you feel like you’re not being fair to your other kids, or being fair to me!”

In June 2019, Madonna told Graham Norton Opens a New Window. she wished David wanted to be a singer because it’d be “a lot easier” for her to deal with. That said, she doesn’t view it as a disappointment — just “a challenge” for her as a mother. When it comes to sitting through his games, her attention is either all on him or completely elsewhere. “I only watch when my son is playing,” Madonna explained. “If he’s sitting on the bench, I’m on my phone.” So funny!

When it comes to daughter Mercy James, the adoption process wasn’t as easy as it was for the others. Back in May 2009 she applied to adopt the Malawian kiddo but the country’s High Court turned it down because Madonna wasn’t a resident. Come June 2009, the country’s Supreme Court granted her the right to adopt Mercy — whose given name is actually Chifundo. It was a worthwhile journey.

“I met Mercy soon after I met my son David, but they were living in different orphanages,” Madonna told an audience at Queen Central Hospital in Malawi upon opening the country’s first-ever pediatric surgery and intensive care center named after Mercy, per People Opens a New Window. . “David was in Mchinji in Home of Hope, and Mercy was here in Blantyre at Kondanani. Mercy was suffering from malaria, and David from pneumonia. And when I held each of them in my arms, I whispered in their ears, that I would look after them. And I promised them that they would grow up into strong and healthy adults.”

These days, Mercy can usually be seen playing the piano on Madonna’s Instagram.

Of all Madonna’s kids, twins Estere and Stella appear the most on their mom’s social media. In fact, you might call this adorable twosome Instagram stars, entertaining the Queen of Pop’s millions of fans with their antics and personalities. Madonna adopted them from their home country of Malawi in February 2017, having first met them at Home of Hope a few years prior.

“Sometimes I would just close my eyes and just think, ‘Why isn’t my kitchen filled with dancing children?’ There’s so many children that need a home,” the “Like a Prayer” singer told People Opens a New Window. in October 2017. “I thought, ‘Why am I waiting for? Just do it.’”

Recently, Madonna revealed to Radio.com Opens a New Window. that Estere and Stella are telling people their mom is Madame X — the latest persona she recently adopted for her 14th studio album.

@Madonna - Into The Groove Now playing on Radio Ocean City