STATEN ISLAND, N.Y.– August 16 is a powerful date in the timeline of American music.

If you have a music buff in your friend group, you’re well aware that this day marks the 50th anniversary of Woodstock, Madonna’s birthday and the anniversary of Elvis Presley’s death.

Two out of three events have a Staten Island connection. Here’s a quick history lesson to get you through the day.

A message of “peace and love” was at the forefront of Woodstock, a legendary music festival that brought a diverse lineup of entertainment together in 1969. The famous three-day concert kicked off Aug. 15, 1969 in Bethel, New York featuring Joan Baez, Santana, The Grateful Dead, The Who, Janis Joplin, Sly & The Family Stone, Jimi Hendrix and many more.

BTW: If you’re a Woodstock festival enthusiast, you’d also be interested to know that on Aug. 15, 1965, The Beatles performed at Shea Stadium in New York.

In 2009, the Associated Press interviewed Port Richmond resident John Foxell who claimed to serve thousands of hollowed-out lemons filled with sugar, cottage cheese and LSD on palm fronds at a music festival.

“All those people I served with the little lemons had a good time,” said Foxell, 65 at the time of the interview. “We managed to have all the acts perform, people got along, and things were not sold; this was not about money, this was to show what we could do.” 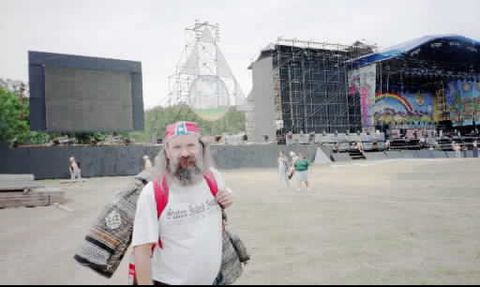 Luke Walter of New Springville was included in this interview and shared his experience.

“Look, not to give you a cliche, but it was peace and love,” said Walter, one of several handpicked security personnel who worked the legendary happening in 1969 in upstate Bethel, N.Y.

“I’m telling you, if all the world leaders of that time had been there, we’d have a lot less problems today.”

While the revival of Woodstock 50 missed it’s mark, music enthusiasts can reminisce on the event at the Woodstock exhibit at the Museum of Bethel Woods. A motorcycle, a bass guitar and speakers are among 170 artifacts from the 1969 Woodstock festival take over the exhibit space.

Although the museum is closed to the general public during the anniversary weekend, admission is granted for those who are concert ticket holders. The museum has extended its hours for Aug. 19-25. For more information, visit bethelwoodscenter.org/museum.

Madonna, commonly referred to as the “Queen of Pop,” turns 61 on Aug. 16 and is most known for chart-topping hits “Like A Prayer,” “Papa Don’t Preach” and “Like A Virgin.”

If none of those ring a bell, maybe this will: She basically invented the cone bra.

In 1986, Madonna filmed the music video for “Papa Don’t Preach” in a park on the North Shore of Staten Island. She also filmed inside Liedy’s Shore Inn, using a phone booth that is considered a landmark to those who frequent the establishment.

BTW: Madonna is holding a Staten Island Advance umbrella in the photo below, courtesy of Advance photographer Tony Carannate. 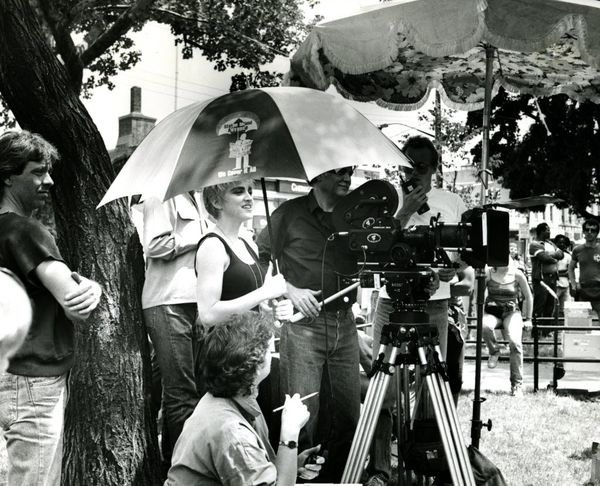 Pop star Madonna is pictured while on set for her music video “Papa don’t preach” on Staten Island in this Advance file photo from 1986. (Staten Island Advance/Tony Carannate)

On August 16, 1977, Elvis Presley took his last breath at his Graceland estate in Memphis, Tennessee. He passed away at age 42. Elvis was a significant cultural icons of the 20th century, excelling in music and acting. Hits like “Can’t Help Falling in Love With You,” “Love Me Tender,” “Hound Dog” and “Jailhouse Rock” are some of the many that still resinate with the entertainer’s dedicated fanbase.

If that doesn’t show you the impact Elvis left, a 1962 red Lockheed JetStar — equipped with plush red velvet seats, gold-tone woodwork, and red shag carpet that was once owned by Elvis Presley — sold at a California auction for $430,000.

His legacy is carried on through tribute groups and a large collection of memorabilia.

We're rewinding the clock back to the 1980s and celebrating the decade's greatest albums including #Madonna's 'True Blue' (1986) | LISTEN to the album + explore our tribute here: https://album.ink/MadonnaTB

@sourpatchlyds My opinion of #madonna