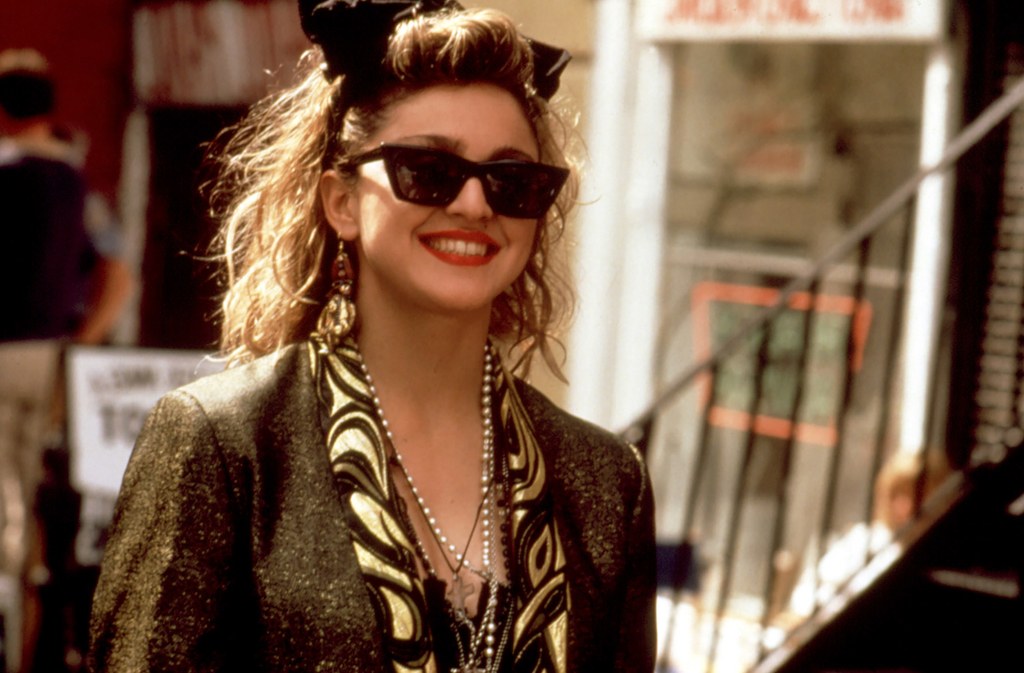 It’s difficult to shake the 1980s these days. This week, the decade is being the celebrated at BAM as part of its film series, “Punks, Poets & Valley Girls; Women Directors in 1980s America.” One of those directors is Susan Seidelman, whose films Smithereens and the more commercial Desperately Seeking Susan are a celebration of what we might, in 2019, call alt culture. They’re also love letters to downtown Manhattan.

In the mid-’80s, lower Manhattan was a universe unto itself, and also a foil to uptown and the suburbs. Downtown responded to polish with grit, to new with vintage, and to politesse with sass. It was home to Andy Warhol and Jean-Michel Basquiat and the Michigan-born Madonna Louise Ciccone, who by sheer force of style and will, became the poster girl of the scene. 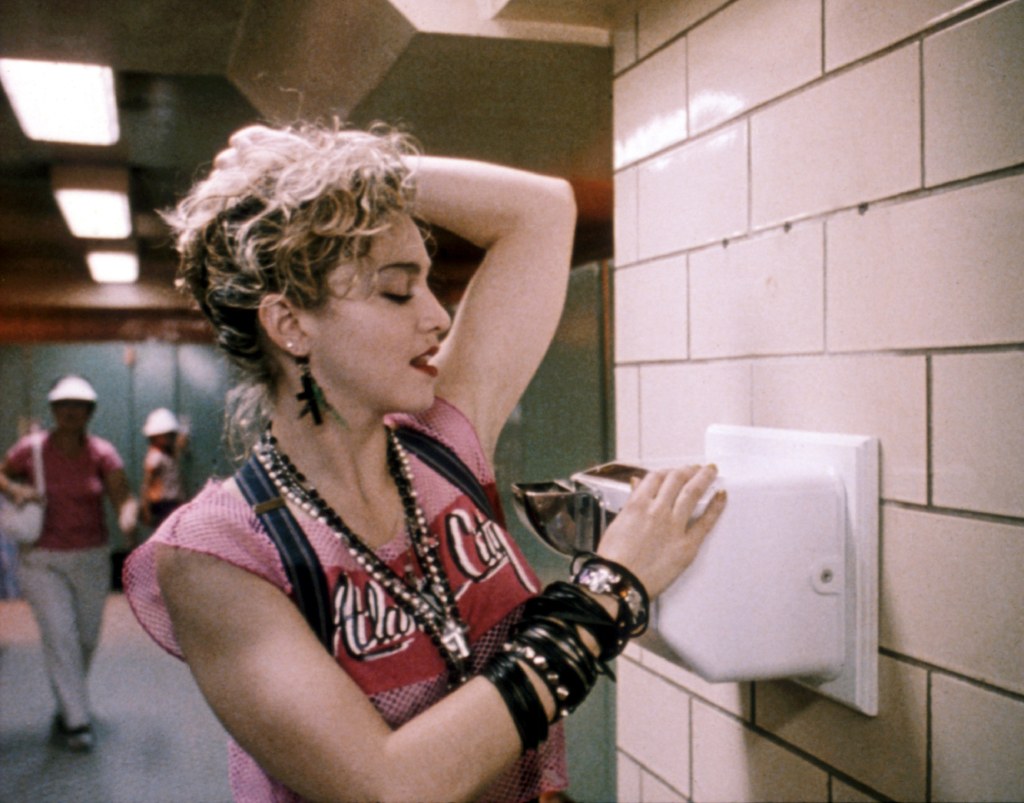 It wasn’t easy for women to fit into the groove in the 1980s, as Desperately Seeking Susan shows. Housewives like Roberta (played by Rosanna Arquette) and grifters like Susan (the Madonna role) existed in a world where men controlled the resources. Roberta struggles to adhere to its strictures, while her squeaky clean looking-husband leads a double life. Susan is blatant about her rebellion, and in some ways, free. 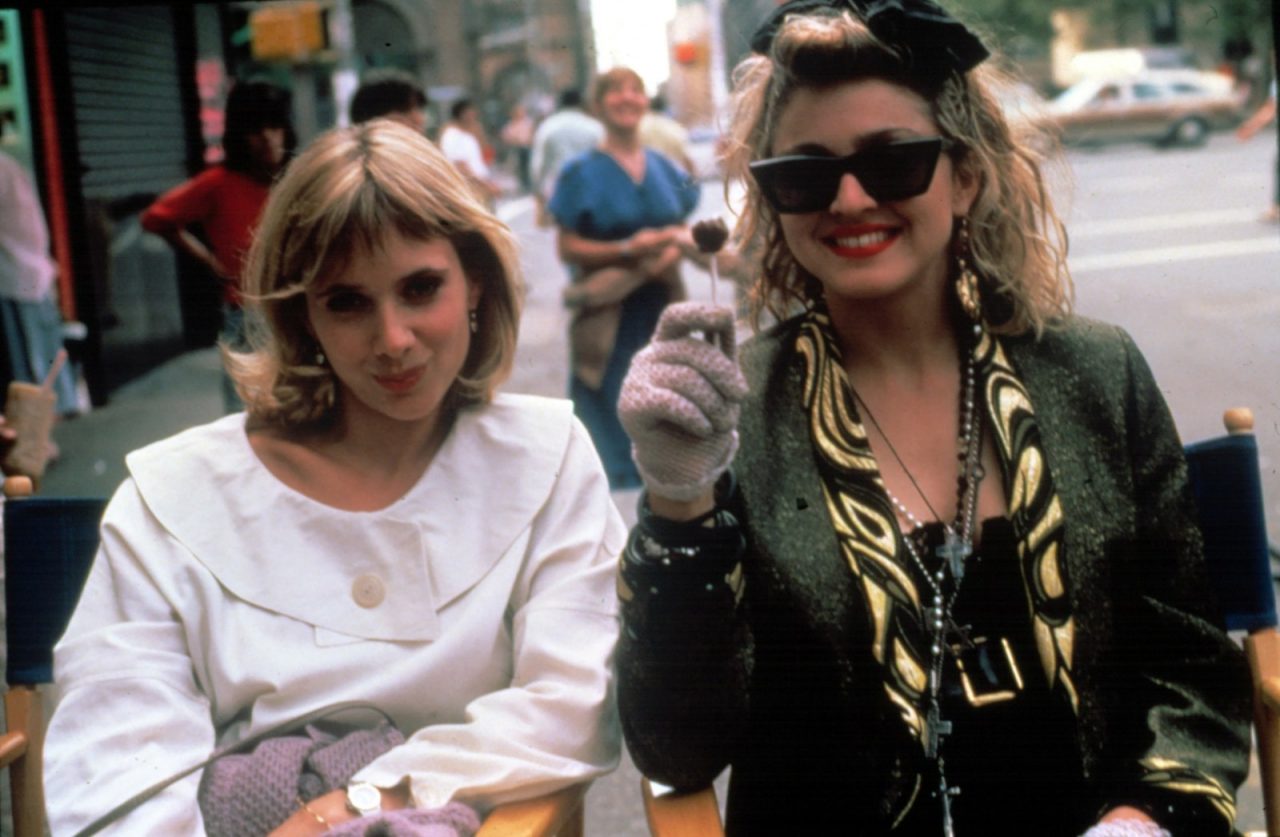 When we first meet Roberta, she’s playing the role of a dutiful Fort Lee housewife, wearing a mumsy Dynasty-esque silk dress. Later she’s shown in a Vaquera-like choir-boy collared blouse. Her transformation starts when she puts on Susan’s jacket, which is even more central to the movie than the stolen Egyptian earrings around which the Pink Panther-esque plot revolves. Sold in 2016 for $87,500, the jacket is a borrowed from the boys cropped tuxedo with a rockabilly air. Metallic jacquard with skinny animal-print lapels, its decorated back borrowed motifs and language from the United States dollar bill: Novus ordo seclorum, “The new order is dispatched.” Susan might be broke, but she has agency, which Roberts, despite her means, does not. One of Seidelman’s hidden messages seems to be that love is a powerful currency, and that following where your heart leads is a kind of destiny. Is it by chance she writes the vintage shop Love Saves the Day into the script?

There are lots of hidden gems in Desperately Seeking Susan—not least of all Richard Hell as Susan’s sleeping boyfriend, Bruce Meeker. New York City doesn’t appear in the credits, but it is a protagonist. It’s poignant to re-watch this movie now, and also inspiring. Eighteen years after the Twin Towers fell, there are once again rumblings of a creative uprising downtown and in the outer boroughs. Hood by Air’s Shayne Oliver opened the door to this new gen of iconoclasts, who are as connected to the nightlife as downtown culture was in the 1980s and 2000s. (Note the 20-year cycles.) Club culture is close to subculture in which clothing speaks in code. Fashion’s so corporate these days, Desperately Seeking Susan reminds us that clothing is a personal signifier of identity connected to place and time.

Today's Madonna poll: 2000s Madonna
Which underrated/less popular/lesser known #Madonna song would you most like to hear on #TheCelebrationTour?

How awesome is this picture 😂 #madonna #Flashback #whosthatgirl